Cruising to Havana: Rum and Cigars

Our walking tour of Old Havana included a stop at Palacio de La Artesania Casa de Don Mateo Pedroso. It was the mansion of Don Mateo Pedroso who was an influential man in colonial Havana. Inside of yet another beautiful interior courtyard there are shops selling arts and crafts. From time to time they have live music. There is also a rum and cigar bar. Here is where we learned about Cuban rum, coffee, and cigars. Cubans like to have rum and coffee with their cigars. We learned the proper way to light a cigar. There is a lit candle on the table along with some thin strips of wood. You light the wooden stick with the candle, then you light the cigar with the wooden stick. The chemicals in a match would ruin the flavor of a fine Cuban cigar. You then smoke the cigar and sip the rum and coffee. You do not inhale the cigar smoke. You drawl it into your mouth and enjoy the flavor and then blow it out. As I mentioned before, we normally like to do some exploring on our own. This rum and cigar experience is something that we probably would not have done on our own. We may have had rum and cigars but probably would not have learned about the Cuban tradition. We really enjoyed the rum and cigar experience. So taking a tour does have its advantages.

The stone castle in the photos is the police headquarters for old town. 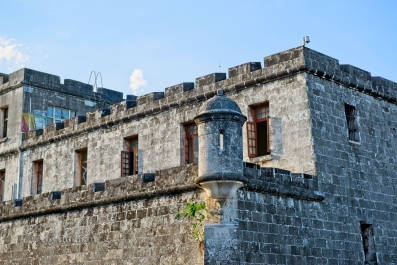 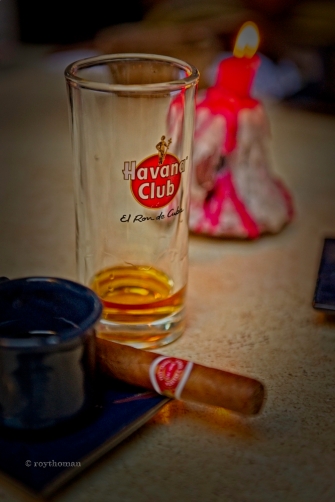 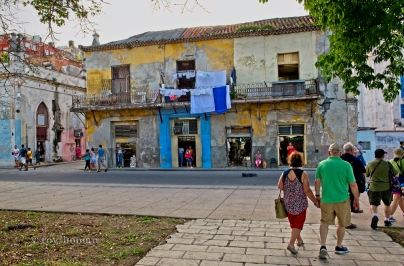 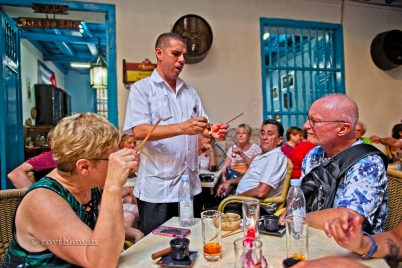 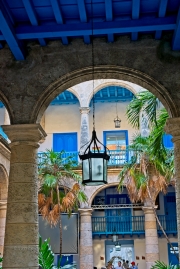 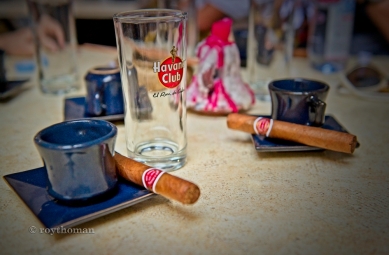 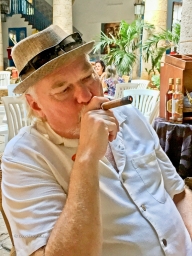 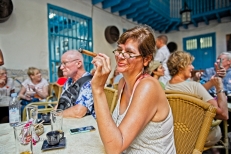