A Day at the Zoo: My New Best Buddy Greg

Robbie and I visited the Brevard Zoo in Melbourne, Florida for my birthday. The Brevard Zoo has an awesome giraffe exhibit. The giraffes are free roaming in a large open field. On the edge of the field there is a large platform for humans. From the platform you can get eye to eye with the giraffes. You can buy some lettuce to feed the giraffes. If you are lucky one will come and eat the lettuce out of your hand. Giraffes have the strangest tongues. They are very long and it feels very weird to be licked by a giraffe. I was able to feed my new best buddy Greg the giraffe. He was very handsome and enjoyed posing for the camera. We had a great time with the giraffes at the Brevard Zoo. 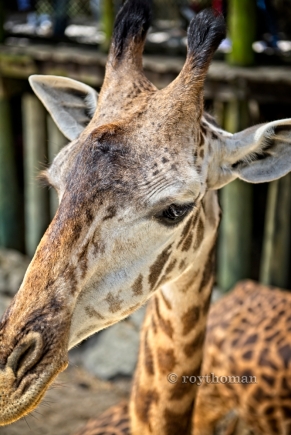 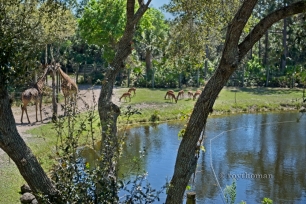 A Day at the Zoo Feeding the Birds

We had a great day at the Brevard Zoo. When we go to the zoo, we like to visit the bird aviaries. They have two, one for lorikeets and one for cockatiels. You can just walk in with the birds or you can buy them a treat. We like to get some treats and feed them. They know you have a treat and you have several buddies as soon as you walk in the aviary. We actually have two cockatiels a budgie and an African grey parrot at home. We still like to visit with the other birds though. 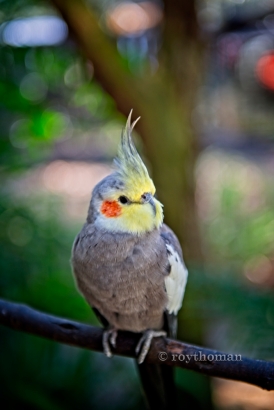 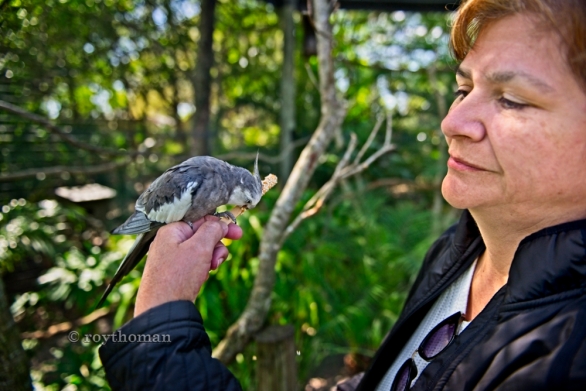 A Day at the Zoo

My wife Robbie and I had an awesome day at the Brevard Zoo in Melbourne, Florida for my birthday! The Brevard Zoo is a great little zoo. You can take a walk through Africa, Australia, wild Florida or the rainforest. There are lots of really cool animals from each region. The zoo is involved with lots of great community conservation efforts like, collecting oyster shells from area restaurants to make oyster mats. The mats are placed in the Indian River to bread oysters to help clean up the river. They help with the endangered Florida scrub-jays. The zoo also has a sea turtle healing center. There are many other conservation programs that the zoo is involved in. We didn’t do it this time, but the zoo has a really cool Treetop Trek. There are zip-lines and treetop trails. We had a really fun day at the zoo! 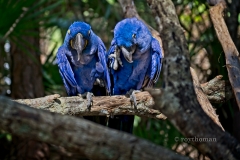 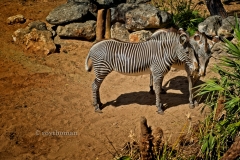 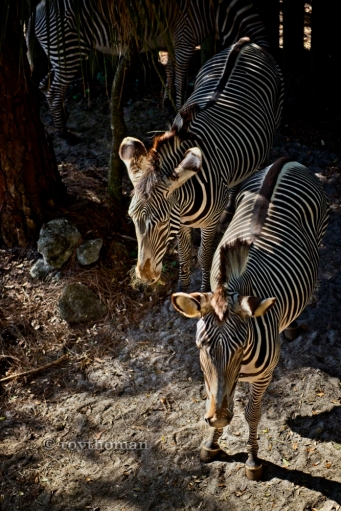 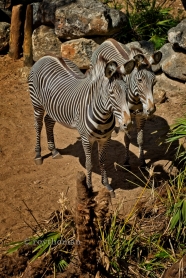 First, the rocket launch was a total success. It was my image of the launch that was a failure. The other night Space X launched a Falcon 9 rocket on a resupply mission to the ISS. Night launches not only make great photographs, but they are really cool to watch. You can watch the glow of the rocket engine all of the way into space. Photographing a night launch is very tricky. You only get one shot, literally one image. So if everything doesn’t come together, the photo is a failure. Photographers always like to share our amazing images that were a success. I think it’s also important to talk about the failures.

When you photograph a rocket launch at night, the idea is to use a long exposure. As the rocket climbs into the sky during the exposure, it makes a light trail through the image. It makes a really nice image. Using the cameras bulb mode, when the rocket ignites (trust me, at night, there is no question that the rocket has ignited) you open the shutter. As the rocket rises into the sky, you keep the shutter open until it goes out of sight, approximately 3 minutes. When it works, it’s awesome, when it doesn’t it’s not. This time it didn’t work.

The other part of the image is location, location, location. The rocket launch is really pretty on its own. To make the image even more interesting, I like to add something else. This can be either a silhouette of something interesting or something interesting that is illuminated added into the frame. A reflection would be great as well. For this launch I chose the Exploration Tower in Port Canaveral, Florida. It is several miles south of the launch pad. The tower is a unique structure that was designed to look like a sail. At night the tower is illuminated and stands out really well in the night sky. The tower is also lined up with the launch pad. If you line everything up properly the rocket makes an arc over the top of the tower. I looked up some launch photos from this location, so I knew where the rocket would be in relationship to the building.

The next hurtle is getting the correct exposure. The shutter speed is fixed at the duration of the flight of the rocket, approximately 3 minutes. This makes the aperture very important. Rocket engines at night are very bright. If your aperture is open too far the rocket will overexpose. If your aperture is too small the rocket will be underexposed. Typically I end up at f18, this works most of the time, especially for the rocket with a silhouetted foreground. When you add an illuminated subject this makes things more difficult. A 3 minute exposure will severely overexpose an illuminated subject. To overcome this I used a neutral density filter. After testing different apertures with a 3 minute exposure, I found that f11 and a 4 stop ND filter at ISO 100 exposed the tower properly. The rocket exposure would fall where it may. The important thing was to expose the tower correctly. 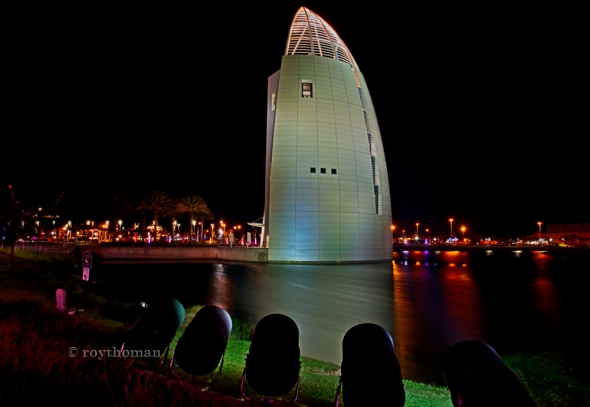 So what went wrong? I don’t really know for sure. To get the 3 minute exposure I needed to use the bulb setting. I made many test images that all worked perfectly. I was there with a fellow photographer friend, Chris. We also wanted to photograph the tower before the launch, so we arrived pretty early so we had some time to do that. After my final test shot, I didn’t touch my camera until the launch. We finished up a little early, so quite a bit of time passed between my last test and the launch. We had been talking with another photographer from Orlando. I think maybe something timed out and I was no longer in bulb mode or my remote switch may have timed out, I don’t know. The viewfinder indicated that I was still in bulb mode, but the shutter would open and immediately close. It was very frustrating to say the least. Several colorful words were going through my head. By the time I corrected the situation the rocket was over half way through its flight. At about 8 minutes before the launch, a voice in my head was telling me to do another test photo, I didn’t. If I had, I would have encountered and corrected the problem during the test. I will be doing that in the future. Once I got the shutter to stay open, I left it open for approximately 3 minutes. The rocket was still going so even though I wasn’t going to get the whole light trail. I wanted  to see how my image would have looked if everything had gone as planned. The rocket flew right where I wanted it to be and the tower was properly exposed. I will need to try this one again. 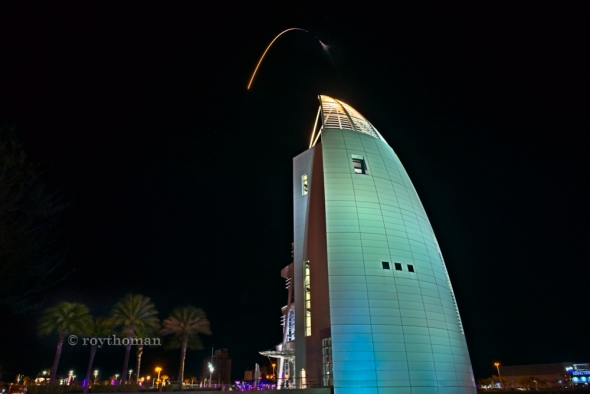 I also made a mistake when I was photographing the tower before the launch. It makes me crazy because I have made the same mistake several times in the past. I am not a very technically disciplined photographer. I tend to concentrate more on the subject and composition. Sometimes I get so wrapped up in that and I forget about the technical side of things. Apparently the last time I used my camera I was using ISO 800. I never checked the ISO, I wanted to be using ISO 100. Once again my little voice was asking me, “Roy, why are your shutter speeds so fast?” I should have been smoothing out the water more. I was almost done when I realized what I had done. ISO 800 probably helped the shadow areas. If I would have used ISO 100 I would have been able to control the highlights better and I would have smoothed out the water with a slower shutter speed. I always promise myself that I will remember to check the ISO, and/or remember to return it to ISO 100, but every once in a while I forget. These are some of the things that make photography a challenge.