The Sahara comes to Florida

A huge dust cloud from the Sahara Desert, floated over Florida’s east coast. I thought this may have an unusual effect on the sunrise. I woke up early one morning to find out. One of my favorite times of the day to photograph is blue hour. I got going extra early so I wouldn’t miss it. Blue hour turned out to be nice and blue. I’m not sure what I was expecting from the Sahara sunrise. It turned out to be a bit dull and lifeless. You can definitely see the haze from the Sahara dust. The sun was a few degrees above the horizon before it was visible. It was definitely not a typical Florida sunrise.

A full morning of photography

Space X did an interesting launch today. They were testing their Crew Capsule Abort System. The last step towards an actual manned flight. Basically they launched a rocket, then blew it up. They wanted to make sure the crew capsule would separate and splashdown safely. My favorite place to watch a rocket launch is from the A. Max Brewer Bridge in Titusville, Fl. I got there early for the 8:00am launch to photograph the sunrise. That worked out well. The launch was pushed back to 10:30 due to rough seas in the splashdown zone. Sometimes good things come to those who wait. At that time of the day, from that location, the light is horrible for photographing launches. So I did not plan on photographing the launch. I really wanted to watch this one anyway. The rocket launched at 10:30. I had a great view of the rocket until it went behind some clouds. I thought that was the last time I would see the rocket. Luckily there was a hole in the clouds. Just as the rocket went into the hole, it blew up! It’s not every day that you get to see a rocket blow up on purpose. Very cool launch! After the launch there was a car show at Sand Point Park. So I photographed some of the cars. It was a full morning of photography. 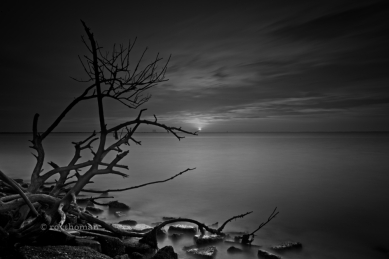 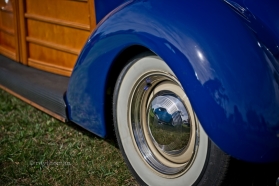 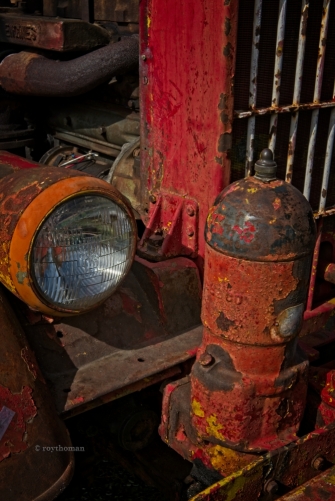 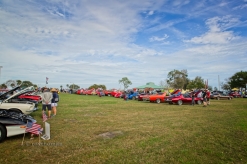 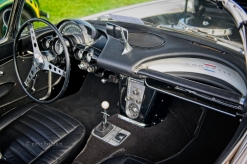 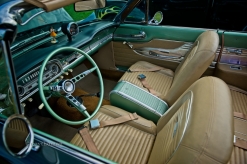 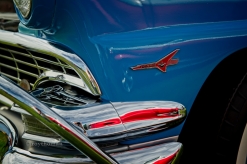 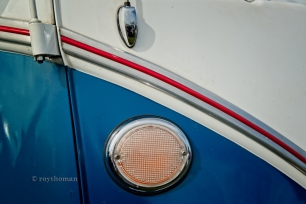 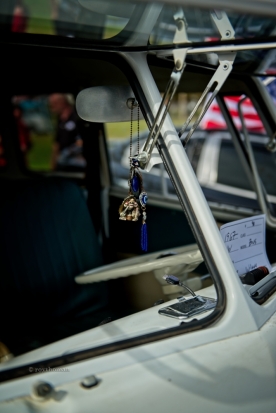 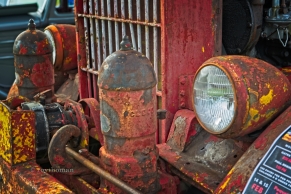 I had a blast last Saturday taking part in Scott Kelby’s Worldwide Photo Walk. This year there were 868 walks in locations all over the world. There were 17,768 photographers taking photos all over the world on the same day. The walk I participated in was lead by my friend and fellow photographer Chris Wiley. We had 13 photographers in our walk. We started our sunset walk in Sand Point Park in Titusville Fl. We split the group in half, Chris took a group to photograph the sunset overlooking the marina. I took a group to photograph the sunset from the top of the A. Max Brewer Bridge. The Max is one of my favorite spots to photograph. After sunset we did a bit of night photography around the bridge. One of the best things about photographing the Max, is the Pier 220 outdoor restaurant and bar. They had a great live band and the place was hopping. So no better way to cap off a day of photography and meeting some new photographers, than to have a bite to eat and some ice cold beers at the Pier 220. I had fun meeting new people and taking some photos. I’m sure there is a walk in your town. Next year you should take a walk. 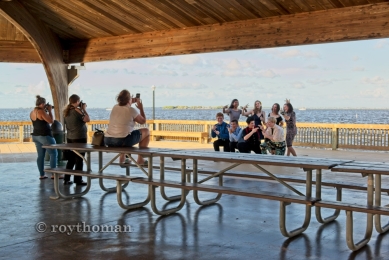 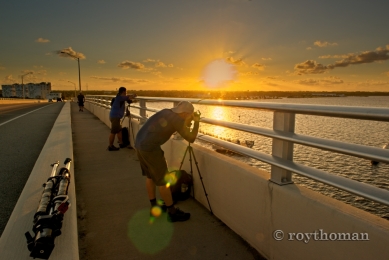 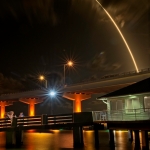 The launch took place at 10:30pm. Night launches are awesome to watch. They make a really cool photographic subject. But also watching a launch at night is really beautiful. The flames from the rocket engines make all sorts of interesting shapes and colors. On a clear night with a pair of binoculars, you can follow the rocket all the way into space. 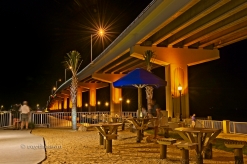 SpaceX sent their new Dragon Crew Capsule on a test flight to the International Space Station early this morning. Night launches are always great to watch and photograph. luckily they all aren’t at 2:49 am! If this test flight goes well, SpaceX hopes to start sending astronauts to the ISS later this year. 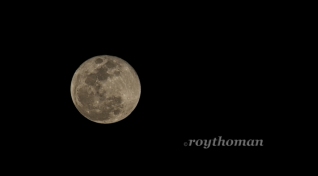 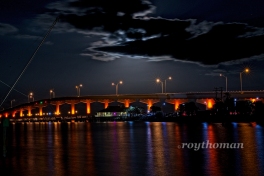 It’s the beginning of October, time for the annual Scott Kelby’s World Wide Photo Walk. Each year, photographers all over the world gather on the same day to explore, photograph, share photos with one another, make new friends, and be a part of a great cause.

I once again joined a walk in Historic Downtown Titusville FL. Chris Wiley a local fine art photographer was our walk leader. Our group of walkers came from allover Florida. We had a great time walking around Titusville looking for things to photograph.

We took a similar route as last year, so I was trying to find different things to photograph. I did photograph some of the same things, but I photographed them differently. I had lots of fun and I think I may have even gotten a good image! 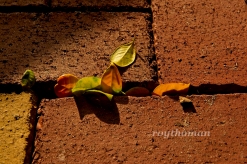 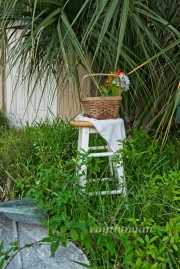 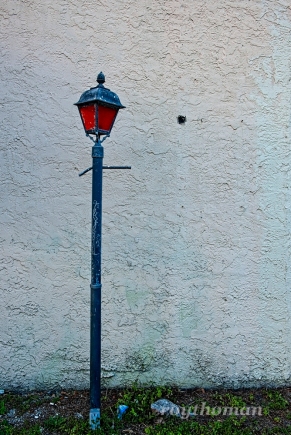 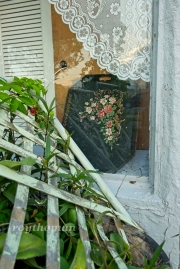 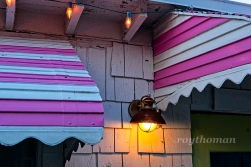 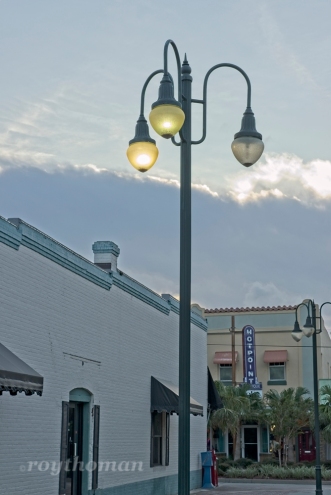 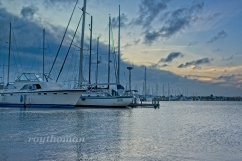 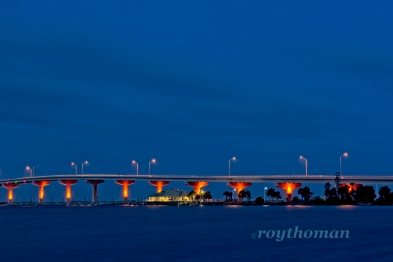 You have probably heard of the golden hour. It’s the hour after sunrise and the hour before sunset. The light has a warm gold cast to it. It’s one of my favorite times of the day, and not just for photographing. I just really like that time of day. The time just before sunrise and just after sunset is known as the blue hour. The sky turns a beautiful blue color. A lot of photographers will pack up after the sunsets and disappears below the horizon. If you have a little patience and hang around for a while, your images will have an amazing blue sky. You need to plan ahead, find a good location and work fast. Speaking of time, you don’t have much. Despite the name, the effect will last as little as 10min. and as much as 40min. Even then, it’s still not time to pack up your gear. There are still some great images to capture. This is what we will be discussing at my night time photography workshop at the Space Coast Birding and Wildlife Festival. I hope to see you there!