Oh no, it’s our last full day in Venice! Robbie and I are on our own today. Everyone in our group is doing their own thing. We took a walk to the Basilica di Santa Maria della Salute. The basilica is the beautiful domed church that stands out as you look down the Grand Canal from the Accademia Bridge. Along the way we stumbled onto the Venice Photo Lab. A photography exhibit of photographers that were chosen from Instagram. There were quite a few interesting photos on display. We stopped by the Accademia Bridge and found it fascinating that there was actually a phone booth. There were also public toilets or WC (water closet). If you need to use them, and we did, you will need 1.50€ in coins. They were clean and very nice. The basilica is right along a busy Grand Canal. It’s interesting to watch all of the boats zipping up and down the canal. From the top of the basilica steps you get a nice view across the canal toward St. Marks Square. We were getting hungry and started to look for a restaurant. The problem is, Italians eat early and then late. So lots of restaurants close for the afternoon. Unfortunately, when you’re out and about seeing the sights the time you think about getting something to eat is the time most restaurants are closed for the afternoon. There are many restaurants that do not close in the afternoon. We seemed to be in an area where most of them were closed or pricey. We found the Bar dell Accademia close to the Accademia Bridge. We had a very relaxing and tasty lunch. Robbie and I had a great day exploring a new section of Venice. 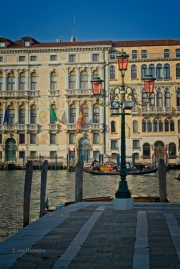 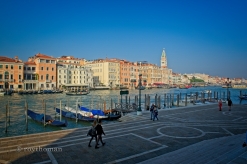 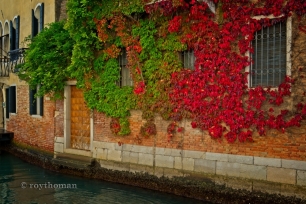 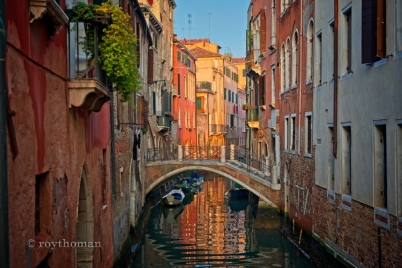 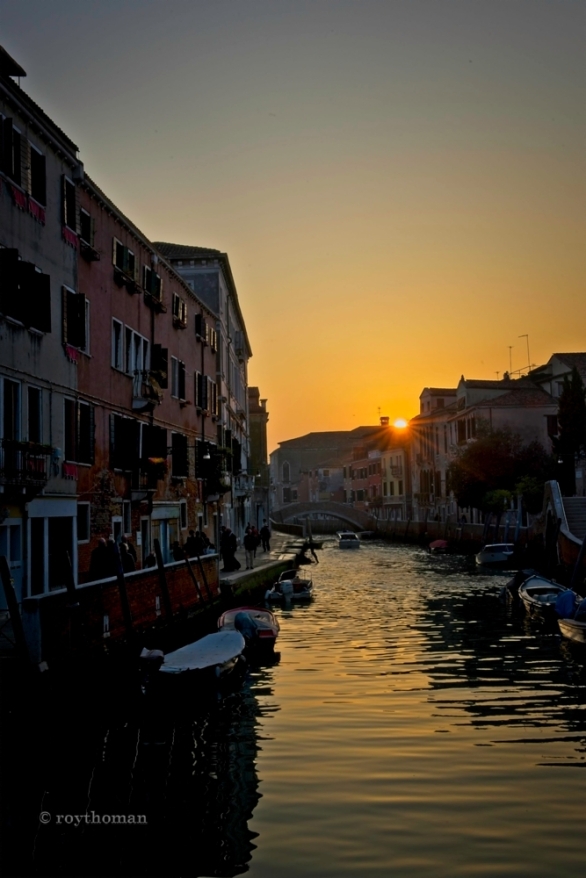 Later on our first full day in Venice, we returned to our B&B. After we freshened up a bit, we decided we needed a few things at the store. We stopped at the Prix grocery the day before, so tonight we thought we would try Crai, another grocery store in a different direction. Both stores were nice but we liked the Prix better. Anyway, we took a few photos along the way. 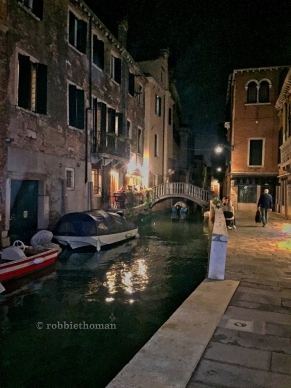 Our Venice Cruise Chapter 3: A walk through Venice Italy

Our friend Sandy found a great deal on this cruise and invited us as well as several others, there were 12 in all. On our first full day in Venice, we made plans to meet up with Sandy, Jerry and the rest of the group at the Campanile di San Marco. The large tower in St. Marks Square.

Robbie and I started our walking tour of Venice. First we needed to find our way to the Accademia Bridge. Venice is a maze of narrow walkways/streets. Some of them are very narrow and are covered. They look a bit dicey to say the least. Robbie was a little apprehensive about walking down some of them. I was able to convince her (sort of) that Venice has a lot of streets like this and we would be fine, and we were. We never had a problem in the streets of Venice, even at night. The buses, we later learned, were another story. We found our way to the Accademia without getting too lost. The best way to see Venice is to get lost! The Accademia Bridge is not only a Venice landmark but one of two bridges that cross the Grand Canal in order to get to St. Marks. You get a great view of Venice and the Grand Canal from the top of the Accademia. From there we continued on our way to St. Marks taking in the sights along the way. 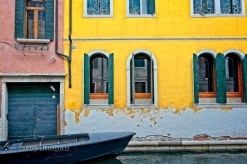 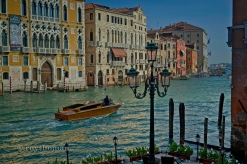 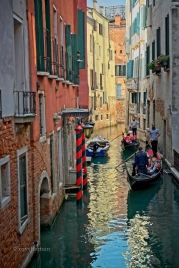 We arrived in St. Marks and the Campanile to meet up with our fellow travelers. The time to meet had come and gone, but no sign of our group. We were only able to communicate with them when they had access to WiFi. We had international phone and data through Google Fi. It worked great everywhere; we always had service. No extra cost by the way, it’s the same as in the states. Anyway, we were unable to contact them. We took in the sights of the St. Marks area. We found the Bridge of Sighs, another famous Venice landmark. It’s quite a popular place and you need to wait your turn to get a good look at the bridge and a photo. The Bridge of Sighs is a small bridge, more of a covered walkway that crosses a canal between two buildings. One building was the courthouse and the other building was the prison. Convicted criminals would cross the Bridge of Sighs from the courthouse to the prison. They would look out of the window on the bridge, take one last look at Venice, and sigh. 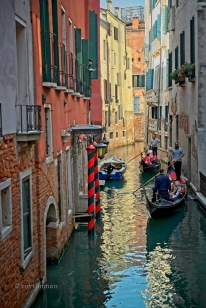 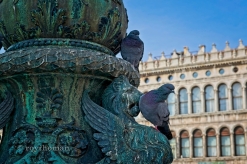 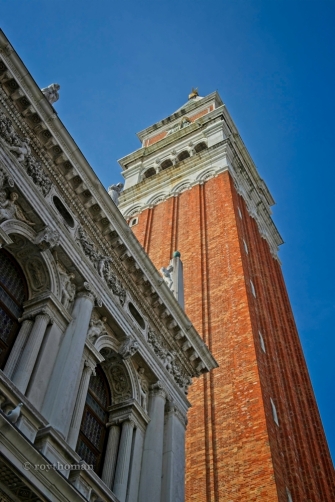 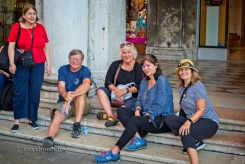 We received a message from our lost friends. They stopped for lunch and were using the restaurant WiFi. Apparently public transportation had scheduled a one day strike, what?! So it took them a while to find a bus to get from Mestre to Venice. They were late but on their way. We found a nice restaurant and had out first pizza in Italy, it was great! After lunch we met up with our fellow travelers. Most of them we knew, a few of them we met for the first time. It was great seeing everyone and hearing about their travels. Some of the group wanted to do a tour, some wanted to do some shopping. Robbie, Jeanine, Barb and I made our way toward the Rialto Bridge, one of two bridges that cross the Grand Canal from St. Marks. We stopped for refreshments under the Rialto. A good way to have access to a restroom is to buy some drinks. After we were refreshed we continued on to Piazzale Roma where we all met up again with the rest of our group. We made some plans for the next day. Everyone else took the bus back to Mestre. They found out earlier that this was the only bus out of Venice due to the strike. So it was important to be on that bus. Robbie and I walked back to our B&B. We had an awesome first day in Venice. 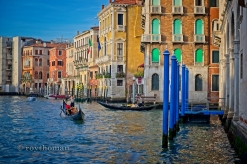 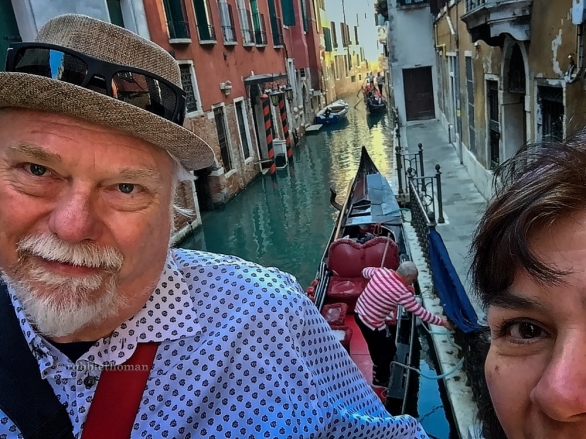