Cruising to Havana: Some interesting things we saw along the way

Our art and culture tour was great! We learned a lot about Cuban culture and life. We saw lots of neat things like Revolution Square, Hamel ally, we had a nice lunch and Mojitos at the Bodeguita. We learned more about Cuban culture at the Bodega. As we walked through Old Havana we saw an architectural school where workers were learning how to restore Havanas old buildings and statues. Our tour ended at the building with the old railroad equipment. This was a large craft market where all sorts of Cuban art and products were sold. We purchased a wooden 3D wall art of La Bodeguita del Medio. We also took home some Cuban rum and a few cigars. Havana was awesome! It really did have a pulse or a vibe that you could feel. When I was reading about Havana before our trip, I read somewhere, I’m sorry I forget where or who said this, but they said, “Havana was in a state of elegant decay.” That was pretty much how I would describe Havana. There’s lots of great architecture. Some of it is restored and some of it, although it is in a state of disrepair, has a certain elegance to it. The colors of Havana are awesome! I really like black and white photos and lots of these photos would probably look really good in B&W. It’s the color of Havana that gives it its charm. I don’t think I will be converting any of these. Robbie and I had a wonderful two days in Havana. Sadly all good things must come to an end. It was time to board our ship for the cruise back to Miami. Things came to an end more than we knew. Havana only gave us a taste for Cuba. There are many other locations in Cuba that we wanted to see. Unfortunately, before we were able to go back to Cuba, the ban on travel to Cuba was put into place. Hopefully the ban will be lifted, but it doesn’t look like that will be anytime soon. For now, photos of Cuba are all we have.

If you click on an image you will be able to see it larger. I’m sorry there are so many, I could not help myself. 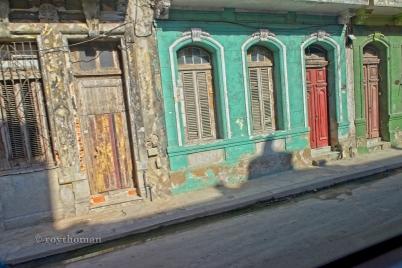 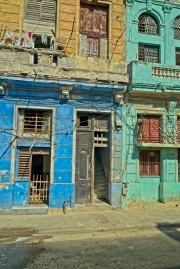 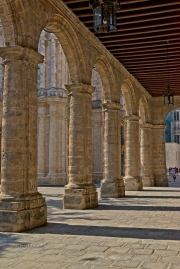 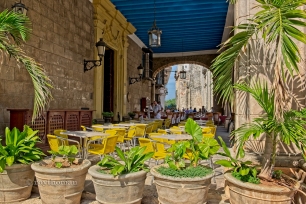 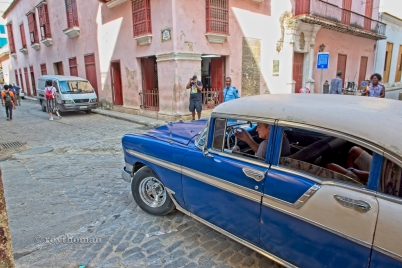 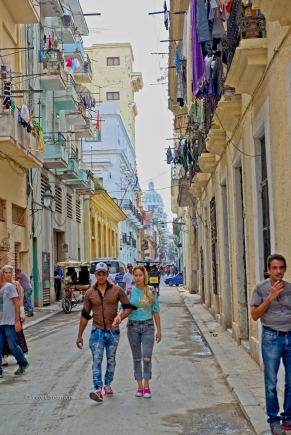 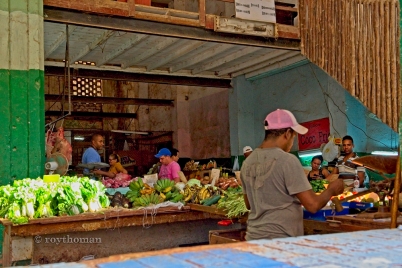 A meat and vegetable market 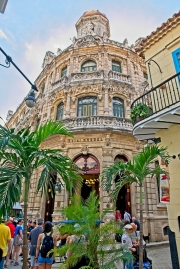 The room at the top of the tall yellow building is something I would have like to have seen. It is a camera obscura. It’s sort of like a large pinhole camera. The image of Havana comes through a lens like windows and is projected onto the walls of the room. You get a 360 deg view of Havana from the roof. 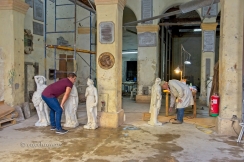 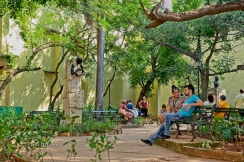 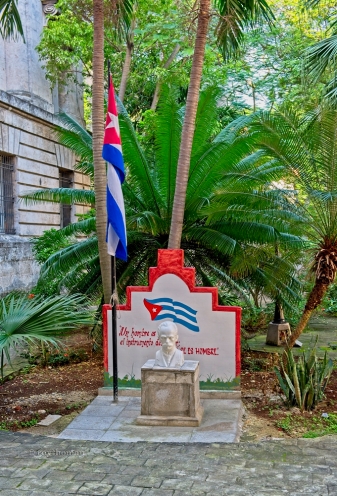 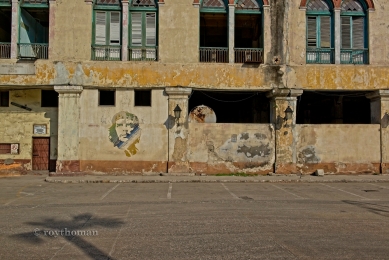 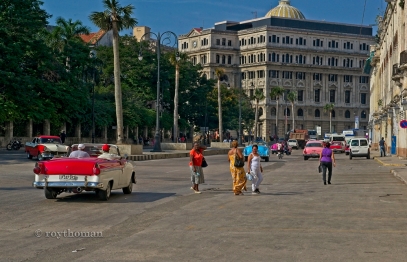 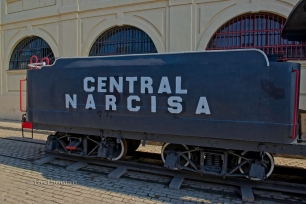 On our second day in Havana, Robbie and I chose to do the Art and Culture tour. This was sort of a hybrid tour that involved a bus ride, as well as a walking tour. We woke up early and ate a good breakfast. There is no shortage of food on a cruise. This tour included lunch, but we were not sure when that would be. Once again we met our group in the big showroom to wait our turn to exit the ship. Once we were off the ship we needed go through customs. They had several customs people, so the process went fairly quickly and smoothly. They just check your passport, visa, and make sure you don’t have any weapons, fruits, etc., the typical things you can’t take into another country. There is airport type scanning and off you go. We met up with our group at the designated area and boarded our bus.

The first stop on the tour was Plaza de la Revolucion, we call it Revolution Square. The square is outside of Old Havana, too far to walk. To see this on our own we would have needed a taxi or maybe one of those cool little yellow Cocotaxies. A Cocotaxi is a small, round, motorized rickshaw thing that looks like a coconut. They are rather cute, but being a three wheel vehicle they are prone to tipping over (I don’t think that happens too often). The bus ride from the port took us down Paseo de Pardo,  this is a large tree lined boulevard with a promenade through the middle. If you have the time, a stroll down the promenade is recommended. We road past the Memorial Granma. The memorial houses the yacht Granma that Fidel Castro used to transport revolutionary fighters from Mexico to Cuba. The glass building that houses the Granma is surrounded by old military vehicles, the Granma is not visible from the road. We then passed by El Capitolio, the old capitol building. It was modeled after our own capitol building in Washington DC. Just past El Capitolio is Chinatown.

Revolution Square is a huge plaza where political rallies are held. Fidel Castro and other Cuban leaders address the people of Cuba from this plaza. A prominent feature of the plaza is the Jose Marti monument. It’s a tall star shaped tower along one side of the plaza. Jose was a Cuban hero from the late 1800s. There is a museum in the base of the tower, we didn’t have time to visit. Behind the monument is a large government building and the home of the Cuban Communist Party. On the other side of the plaza are two other government buildings. One has a large drawing in steel of  Camilo Cienfuegos, who sort of looks like Fidel. We thought it was Fidel at first. The other building has a matching drawing of Che Guevara. They were both heroes of the Cuban Revolution and friends of Fidel Castro. As you can see in the parking lot one of the best ways to get to the plaza is in an old classic car. Due to not being able to buy parts from the US, most of these old cars have a Russian engine under the hood. All aboard for the bus ride back to Old Havana. 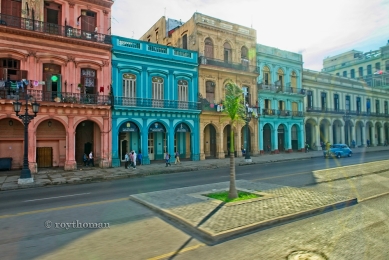 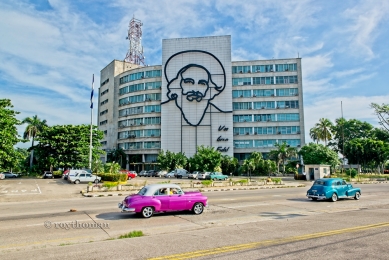 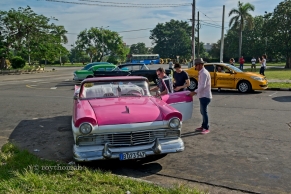 My shoes match my car!

Yellow cocotaxies in the background.