Our Venice Cruise Chapter 14: Mount of Olives and The Church of all Nations 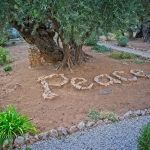 After visiting Bethlehem our tour continued on to Jerusalem. We stopped at the Mount of Olives, a mountain overlooking the old city of Jerusalem. The mountain at one time had been covered with olive groves. It’s now covered with Jewish graves. It has been a Jewish cemetery for over 3,000 years. There are tens of thousands of graves. The mount has been the location throughout history for Jewish events as well as for Jesus and his disciples. The last supper was held somewhere on the mount, as were several other notable events. From the top of the mount you get a great view of old Jerusalem. The gold dome of the Dome of the Rock stands out prominently in old Jerusalem. The Dome stands on the Temple Mount; the sight where God stood before the Jewish people. The holiest place in Judaism. After the Jewish temple was destroyed, the Dome of the Rock was built over the rock where the Prophet Muhammad stood and ascended into Heaven, a very holy place for Muslims. 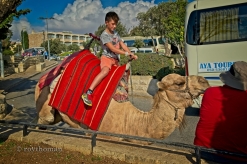 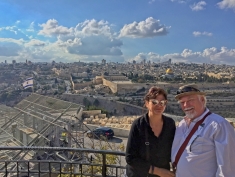 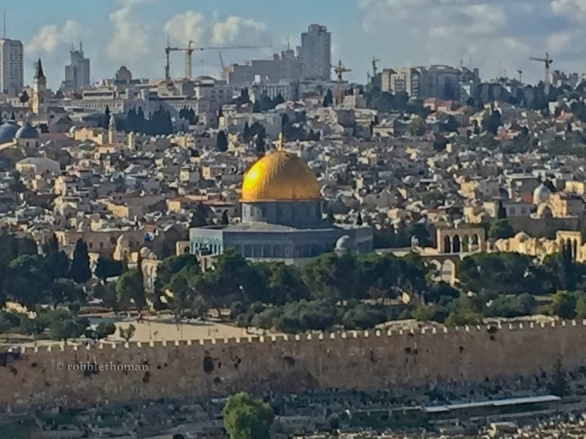 We moved to the base of the Mount of Olives to the Church of all Nations. The church is built next to the Garden of Gethsemane. After the last supper, Jesus went to the garden to pray about his death, known as the agony. There is an exposed rock near the church alter, said to be the rock Jesus prayed on. Jesus was betrayed and arrested in the garden. There are olive trees in the garden that were carbon dated to be 2,000 years old. There was a gardener working in the garden. He had a pile of olive branches he had raked up. I wish I would have thought to asked him for one of them. We returned to the bus to continue on to Old Jerusalem. 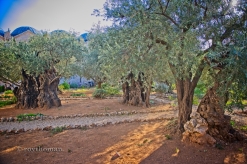 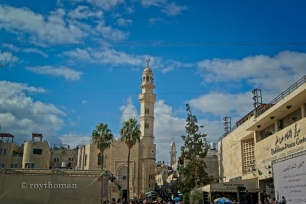 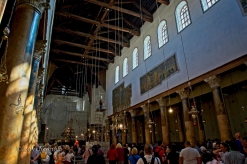 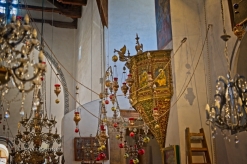 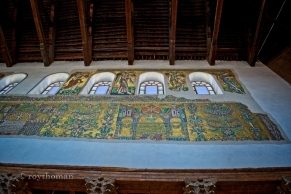 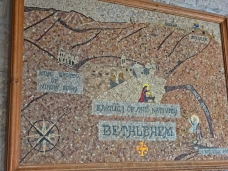 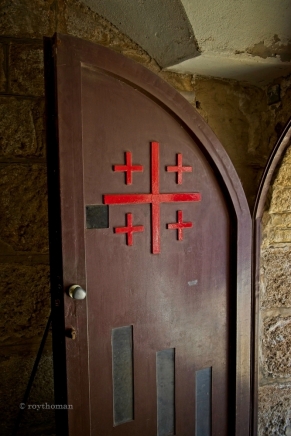 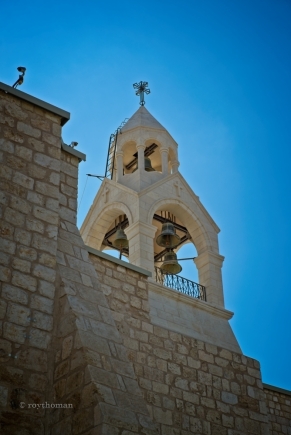 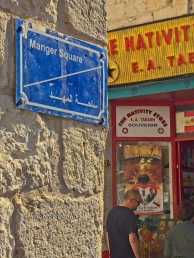 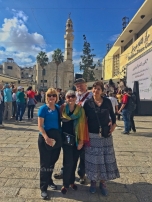 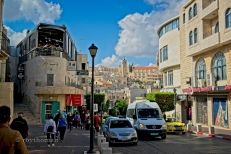 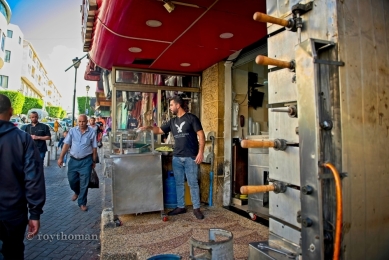 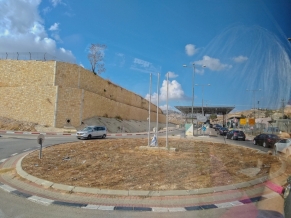