After the launch scrubbed the previous day, the crowd gathers again for a second attempt for an Orion test flight. The weather is a bit iffy today, there are quite a few clouds. We have the same 7:05 – 9:44am launch window, so there is plenty of time for the weather to clear up. You know how Florida weather is, if you don’t like the weather, just wait 5 minuets and it will change! Just before sunrise the clouds did thin and we were treated to another great sunrise. The countdown is winding down and all systems are go! There are no boats, no high winds, and no frozen valves. Yeah! There is a glow on the horizon as the engines on the Delta IV Heavy ignite. The Delta carrying Orion slowly rises into the sky. We get a good look at Orion before it disappears into the clouds. Orion performed well on its 4 hour test flight. Orion orbited the earth twice before splashing down in the pacific ocean. 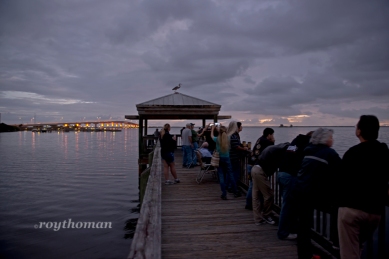 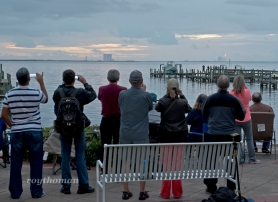 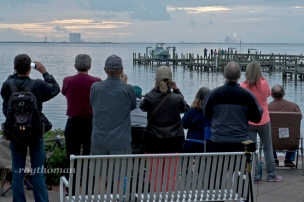 It’s a beautiful morning for the test flight of Orion, NASA’s new space vehicle. Orion is one of the first steps on the road back to manned space flight for the United States. It’s no wonder that this launch draws a large crowd. It almost looked like a shuttle launch. People came from all over the United States and a few other counties too. The launch was set for 7:05am, the launch window is open until 9:44am. I heard that some people had been there since 3:00am! I slipped in about 6:30am, one of the perks of living close by. Orion is hitching a ride on a Delta IV heavy, the biggest rocket we fly these days. It’s basically 3 Delta rockets strapped together. Orion will have its own new rocket soon. The weather was great! The sunrise was beautiful, everyone is looking forward to a great launch. Everything is go for launch, but just before 7:00am the launch is put on hold. A boat has wandered into the no-boat zone near the launch pad. It takes authorities quite a while to get the boat clear of the launch zone. No worries though, there is a rather long launch window for this launch. The boat is cleared away, we have a new launch time, and the countdown resumes. The countdown is once again put on hold. It seems that the winds at the launch pad are too high for launch. The winds have calmed, we are counting down to a new launch time. Once again the countdown is put on hold. This time we have a frozen cryogenic fuel valve. As they are working through the valve issue, it’s interesting to see how people who have been here since 3:00am, are passing the time. A few dolphins stopped by, that kept us entertained for a while. There is a glimmer of hope, around 9:30am the countdown is resumed. A wave of excitement moves through the crowd, everyone gets ready for the launch. Hopes are dashed just as the 9:44am launch window closes, the launch is scrubbed! The valve issue has not been resolved. So we try again tomorrow. 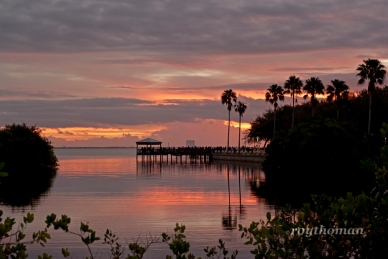 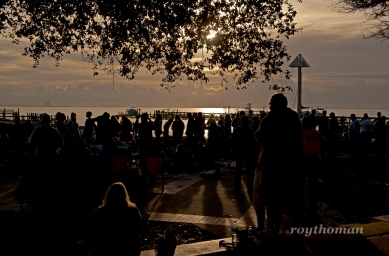 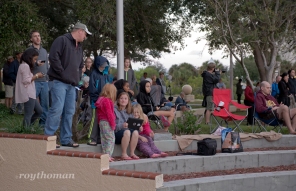 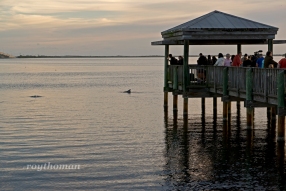 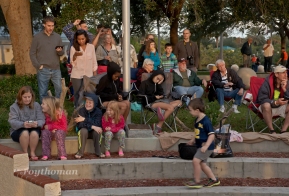 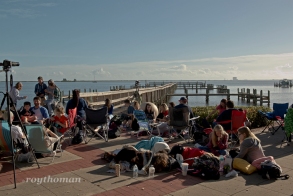 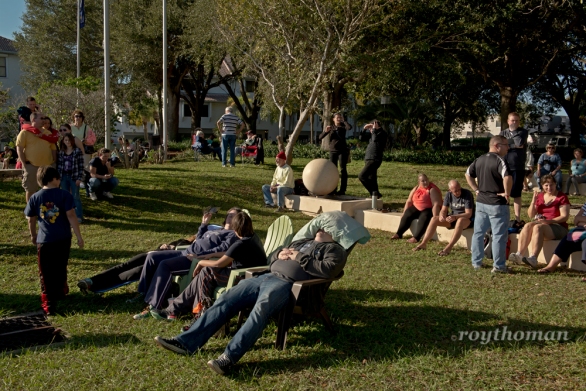